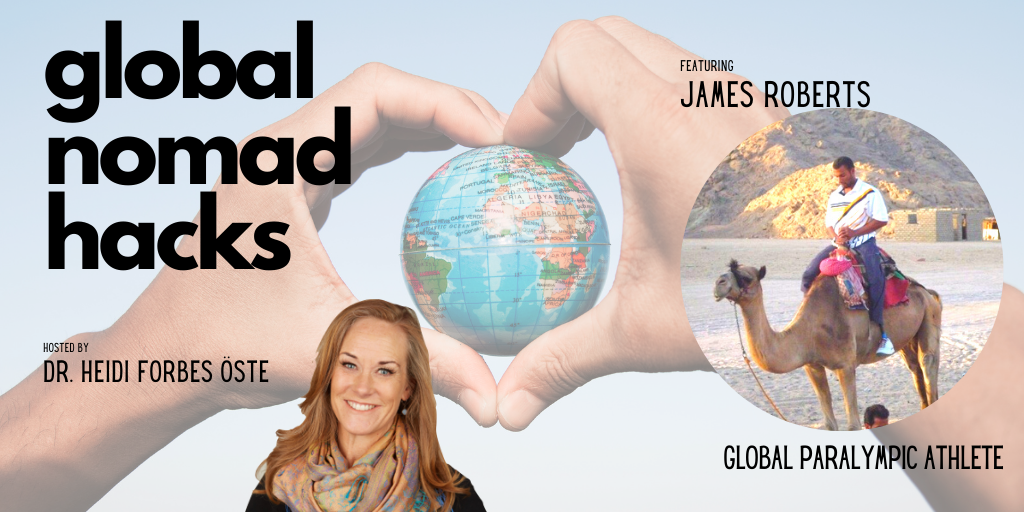 Dr. Heidi Forbes Öste interviews James Owen Roberts an entrepreneur, podcast host and international speaker with over 15 years of experience in exercise, diet and mindset as both a coach, 2 x Paralympic athlete and alum of both Swansea University and the University of Chester. In addition to running James Owen Roberts Coaching, James also serves as a consultant for Wheelchair Rugby League Ireland.

James was born to military parents at Supreme Headquarters Allied Powers Europe (S.H.A.P.E) in 1986. James’ mother was a NATO civilian for 33 years and his father was a Master Sgt. in the United States Air Force. He grew up on the base until he graduated from SHAPE American High School in 2005.

James comes from a long line of family members who have served their country in the military. On his mother’s side he can trace it all the way back to the Boer War fought in the early 1900’s in South Africa and on his father’s side back to World War II.

Send me a request on Linkedin: https://www.linkedin.com/in/jamesoroberts11

There is also a page dedicated to the show: https://www.facebook.com/mindsetgamepodcast

If you want to get access to even more of content that I put out on a daily basis why not join my Facebook tribes: The Mindset Athlete and/or AIM: 24/7 Fat Burning Support Group.

Madeline Jhawar – Travel Beyond the Obvious